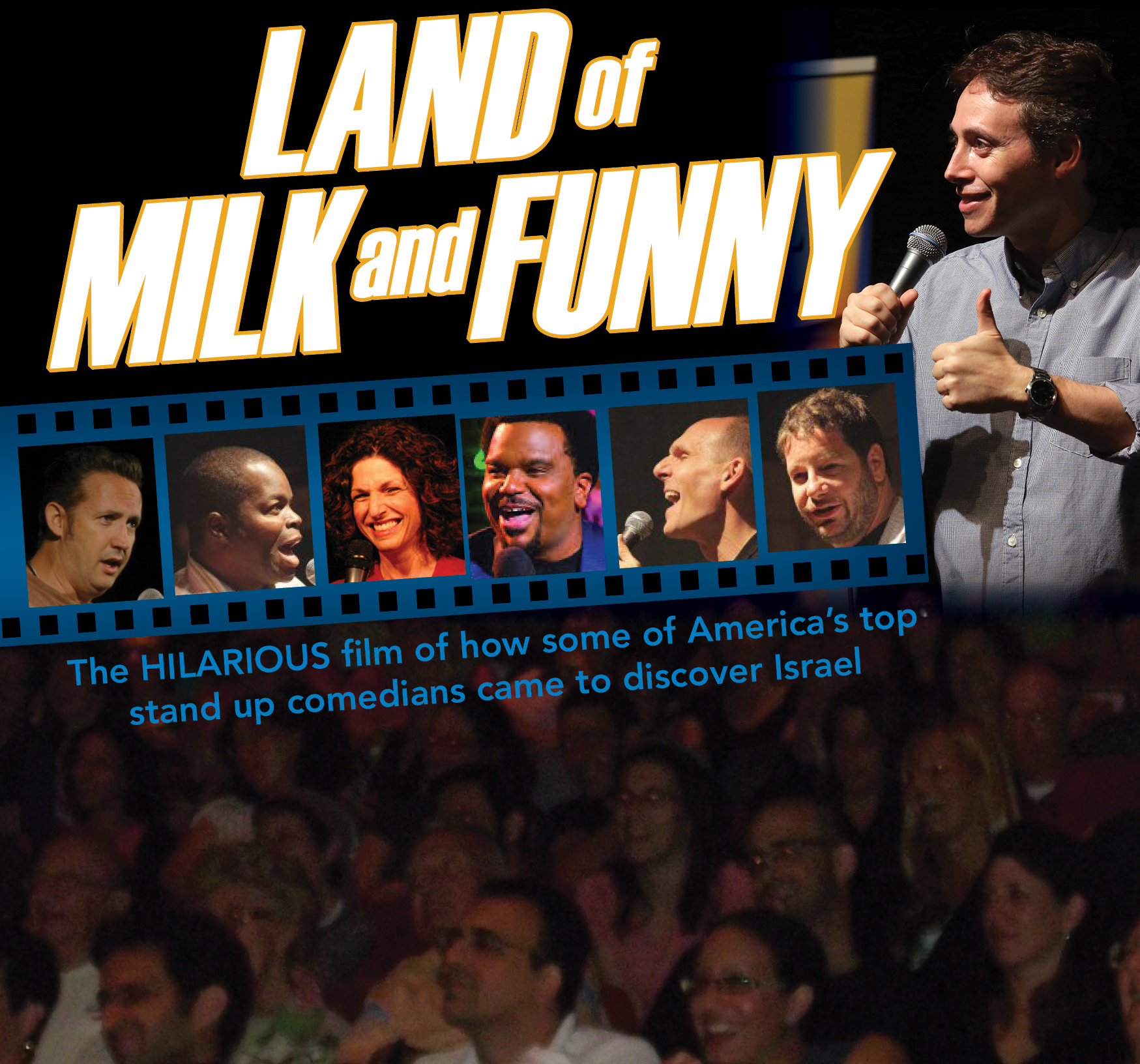 "Was a big hit and got big laughs. Was so refreshing to see a funny, positive film about Israel. Highly recommended!"

The story of an American Jewish comedian bringing his colleagues to the Jewish homeland to lift spirits and raise funds for a great cause is none other than Avi Liberman’s Land of Milk and Funny.

Described by The Times of Israel as “both sidesplitting and moving,” this hilarious and revealing film details stand-up comedian Avi Liberman’s ongoing quest to bring top-tier American comedy to Israeli audiences. The tours he’s put together have featured 30 comedians, at 100 performances, selling 20,000 tickets, and generating a quarter of a million dollars — much of it for the Comedy for Koby charity.